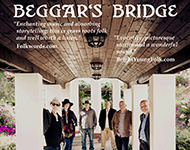 With the addition of Spud and Dave to the band, we needed some new photos that could be used for an updated promotional poster. Much debate ensued about the kind of location we should go for…

Sam suggested some action shots of us diving from the original Beggar’s Bridge over the River Esk in Glaisdale; Spud wanted to recreate the famous Abbey Road zebra crossing shot, but we had to go through all manner of risk assessments and the Health and Safety Executive eventually decided that the likelihood of him instigating some kind of pedestrian rage incident was not worth the paperwork; meanwhile, Dave had become aware of a loose manhole cover on the Orchard Park estate in Hull, and wondered if it offered the opportunity for an atmospheric subterranean location. I don’t think anyone replied to that email. In the end, Mark got in touch with some of his old mates from The Bullingdon Club and a suitably aristocratic venue was soon provided. 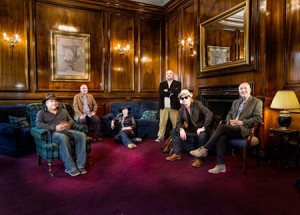 Once again we turned to our old friend Chris Fletcher and he came up trumps again, with a set of beautifully crafted images. He spent a long time getting things absolutely right in the panelled oak room, with group shots supplemented by closely-lit photos of each member in their group positions. After the liberal application of a little gold dust via some fancy software, the results were stunning, as you can see below.

We then went outside and took some less formal shots, one of which actually ended up being the picture we ended up using for the poster (right), so good was its composition. The only problem is that our gigs really have got to do justice to the highly professional posters we are now sending out to venues!