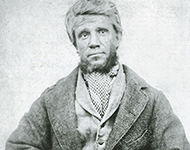 Well, the drums have been recorded and mostly mixed for the follow-up album to Riding East. The basic guitar tracks are also done, with the exception of a few overdubs, while the same can be said of Mark’s vocal parts, so the bedrock is largely there.

With the addition of Spud on drums, the new album is obviously going to have a much fuller sound, and certainly veers more in the direction of folk-rock. The Beggar’s Bridge approach to this bigger sound will always be subtle, though, and there will still be mellow moments. We’re really chuffed at the greater options now at our disposal and very excited about the project!

The album will feature 12 songs, three of which we’ve been playing live for a few years now, in “Don’t Forget”, “Had It All”, and “King Of All Swine” and a couple more that have been included in the set more recently: “The Devil’s Claw” and “The Gamecock Fleet”. The remaining seven are all completely new, and include subjects ranging from Charlie Peace, a notorious criminal and master of disguise from the Victorian era; Hannah Hauxwell, the lone North Pennines farmer who was made famous by a 1980s television documentary; the decline of the British steel industry; one of the lost streets of Hull’s Eastern Docks area; Peg Fyfe, the leader of a murderous gang of robbers from Market Weighton; an exquisite instrumental based on a guitar piece from Alan; and a beefed-up traditional tune which combines the subjects of hunting and outdoor sex!

So, as with the first album, there is a heavy emphasis on songs that have their roots and inspirations in the Hull and East Yorkshire region, but we like to think they will have universal appeal; at the end of the day, a good song is a good song, and we’re confident that you’ll think they are all good songs!